Archive
July 2019 and before 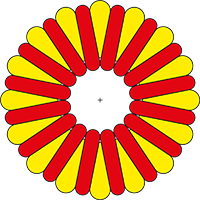 Documenting events, supporting the premise mass has been removed from the universe, inside black holes. The scientific method requires that I also document events apposing the premise that mass has been removed from the universe. The current consensus that the universe was created in a big bang makes this a very difficult task. I would suggest that most evidence that supports a big bang can more easily be used to support a universe built from dark energy.

Does The Universe Rotate


July 12th 2019
Mara Johnson-Groh reviewed the evidence supporting the theory the Universe does not rotate. Quoting a Study led by Saadeh & Stephen Feeney, Mara explained the odds that the universe is isotropic (Looks the same in all directions) is 120,000 to 1.
In another Study the chance that the universe is homogeneous at larger scales was calculated to be 95%. The review concluded the universe was not rotating. In fractal physics the concept of a rotating universe has no meaning; there is no reference from which to take a measurement. In the very early universe the creation of new elementary particles would exceed the destruction of elementary particles. But once they became equal at the large scale the universe would remain in a homogeneous and isotropic state forever.


July 4th 2019
Mara Johnson-Groh building on her earlier review of changes in the measurement of the Hubble Constant has published a review of current thinking, explaining the disparity between early and late expansion of the universe or "Hubble tension". Cosmic microwave background radiation gives a lower rate of expansion, when compared too measurements using supernovas or pulsating stars that are closer in both time and distance.
It would appear only solutions that are compatible with a big bang are being considered.


Jun 21st 2019
Astronomer Dr. Raffaella Margutti and colleagues at Northwestern University, using NASA’s Neil Gehrels Swift Observatory and the Atacama Large Millimeter/Submillimeter Array (ALMA), have captured the first-ever polarized radio waves from a GRB. Dr. Wen-fai Fong explained “Magnetic fields are ubiquitous but notoriously difficult to constrain in our Universe.”
Sadly the flash of gamma rays from the GRB 190114C event was detected by the Swift satellite On January 14th before run 03 of the Ligo and Virgo observatories could detect any gravity wave component of the event.

April 10th 2019
Astronomers using the Event Horizon Telescope (EHT) have obtained the first image of a supermassive black hole. The breakthrough image showing the black hole at the centre of the galaxy Messier 87 was published in a special issue of the Astrophysical Journal letters. The resemblance to a torus is explained as light bending in the intense gravity.

April 1st 2019
The Ligo and Virgo observatories began run 03 it should continue for approximately 12 months. The increased sensitivity should result in an explosion of detections. Asassn-14Li would have been an ideal test subject.

March 30th 2019
Bright Energy Physics was published to coincide with the start of run 03 of the Ligo and Virgo gravity wave observatories.

February 9th 2019
Mara Johnson-Groh reported, the Hubble Telescope was used to measure the Hubble Constant using quad and double images of quasars, created using gravitational lensing. A new study published January 22 in The Monthly Notices of the Royal Astronomical Society, explains the Hubble constant has been measured in a new way with much greater precision, confirming the universe is now expanding faster than did in earlier times. Simon Birrer lead author on the new study, explained to Live Science the new measurements confirm the discrepancy between Lambda Cold Dark Matter model and the original data. Adam Riess a Nobel laureate and researcher at the Space Telescope Science Institute and also Johns Hopkins University explains “I think that our confidence is growing that there’s something really interesting going on.” The archive of the article can be accessed using the link above. I believe the results explained in this article would be consistent with the variable value of the Hubble Constant in the model of The Bright Universe.

January 9th 2019
Camille M. Carlisle reported in the online magazine Sky and Telescope. The black hole Asassn-14Li has experienced a tidal disruption event that persisted for 450 days. NASA's Chandra X-ray observatory and Swift space telescopes and the European space agency's XMM-Newton, monitored a bright X-ray pulse with a frequency of 131 seconds. The brightness was attributed to the swallowing of half a sun being consumed in the accretion disk. When an event of this type is recorded using gravity observatories the truth of my physics will be revealed. I may learn the truth in the next 12 Months.